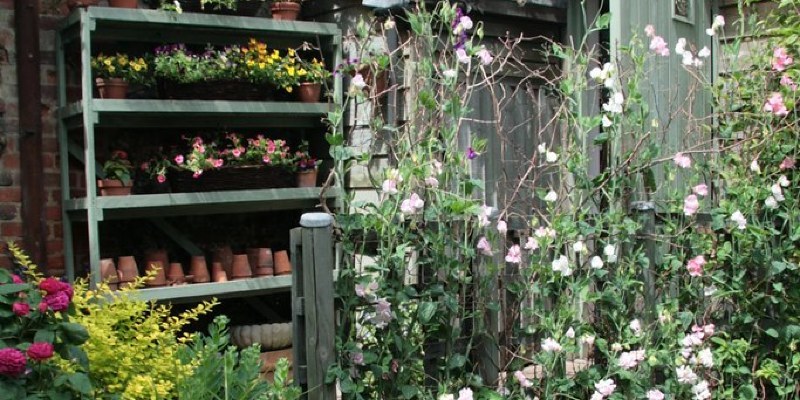 Such as the saying goes, “timing is everything,” especially when it comes to cutting plants and shrubs. Pruning at the wrong time could leave plants misshapen, make them vulnerable to disease and damage from winter temperatures, or decrease flowering. Other critical aspects include things like utilizing clean, sharp pruning equipment like shears or loppers and utilizing proper pruning methods to decrease plant damage. Since flowering shrubs form next year’s buds at different times of year, gardeners should time trimming projects according to each plant’s flowering program.

Winter is a busy pruning season. In line with “Sunset,” it is an ideal time to trim woody shrubs to keep them from becoming leggy during the growing season. It’s also a great time to prune shrubs that bloom in late summer and autumn. For instance, western mugwort (Artemisia ludoviciana “Valerie Finnis”) is hardy at U.S. Department of Agriculture zones 5 through 10. It grows 1 1/2 to 2 feet tall and blooms from August through September with white flowers. According to the University of California Alameda County Master Gardeners, winter is also a suitable time to prune butterfly bush (Buddleia davidii), California fuchsia (Zauschneria californica) and roses.

Although mild-climate gardeners are predominately busy with planting and preparing soil for planting, gardeners who live at frost-prone areas might want to skip pruning frost-tender shrubs in winter. Wait to prune shrubs which could be damaged or killed with a late winter or early spring frost. 1 instance, Mexican bush sage (Salvia leucantha), is hardy in zones 9 through 11. This evergreen tree grows 3 to 6 feet tall and blooms with purple or white flowers from summer until the first frost. For frost-tender plants, the extra branches and increase protects them chilly weather damage. According to North Coast Gardening, other frost-tender plants include Fairy fuchsia (Fuchsia thymifolia) or citrus-bearing plants.

Although spring and winter are a busier period for cutting shrubs, summer is the ideal period to shear summer-flowering hedges like boxwood (Buxus “Green Velvet”). Green velvet boxwood is hardy in USDA zones 4 through 9, and it should be pruned following its spring flush of growth has finished to control growth and preserve hedge size. Other candidates for summer parting comprise late-flowering perennials like a double reblooming azalea (Rhododendron “RLH1-2P8” P.P. #21,477). This cultivar, hardy in USDA zones 5 through 9, blooms once in April and again in July. Pruning it before the second bloom would eliminate its buds and stop its second bloom. Similarly, Oakleaf hydrangeas (Hydrangea quercifolia), hardy in USDA zones 5 through 9, should be bloomed after the plant has finished blooming in mid to late summer.

Most flowering shrubs gain in the removal of spent blossoms, a procedure commonly called deadheading. Trimming dead flowers could be done anytime during a tree’s blooming season. This type of trimming prevents the tree from utilizing energy to form seed heads, frequently encouraging it to bloom more profusely or bloom for a second time.